Michelle Chen on July 11, 2014 – 9:05 AM ET
Big electronics brands often sell themselves as the vanguard of enlightened capitalism, not only solving our everyday problems through technological fixes but also making the world a better place along the way. To polish that image of technocratic progress, multinationals like Apple and Samsung frequently conduct well-hyped “corporate social responsibility” monitoring campaigns—showing that their overseas factories are eco-friendly, and that their supply chains are humane and “sweat free.” But labor advocates say a Chinese supplier factory for Samsung reveals that dirty labor practices are still lurking within these companies’ the ultra-slick assembly lines.

The major allegation is that Shinyang has employed at least several teens under age 16, the legal working age in China, and many more under age 18. They were hired, CLW says, as part of a labor dispatch system in which agencies funnel short-term “student workers” to factories that need surplus labor to handle seasonal influxes in export orders. Student temps are paid at lower rates despite doing comparable work. The New York Times followed up with a report affirming the identity of three girls, aged 14 and 15, who were apparently hired with false identification. 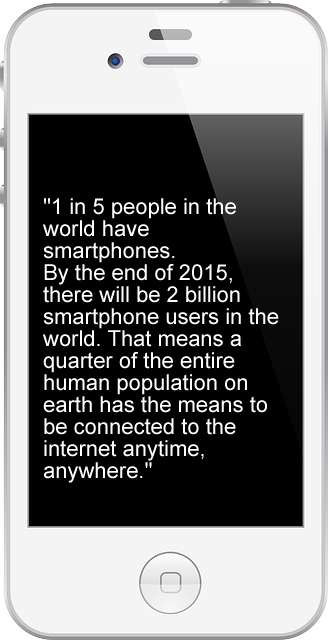 “For UPS, whose revenues topped $58 billion in 2014, tracking worker productivity goes straight to the bottom line. Time is money, and management knows exactly how much: “Just one minute per driver per day over the course of a year adds up to $14.5 million,” the company’s senior director of process management, Jack Levis, told NPR last year. He appeared on a boosterish episode of the Planet Money podcast titled “The Future of Work Looks Like a UPS Truck.” Levis and other UPS executives have a favorite quip: “We’ve moved from a trucking company that has technology to basically a technology company that just happens to have trucks.”

But UPS trucks aren’t driven by robots—at least not yet—and of the 10 current and former drivers I’ve interviewed, all felt like they were handling packages in the Panopticon. “Data is just a proxy for control,” said Sam Dwyer, 26, a former screenwriter and marketing-industry analyst who spent eight months as a driver last year.

A current driver, who also asked to remain anonymous for fear of getting fired, said: “It’s like you’re fighting for your job every day. They harass you: ‘Why did it take you 10 minutes here? Why did it take you this long there?’… They want you to hate your job and quit so they can hire somebody at half the pay.”

The metrics-based harassment of workers is common, said Tim Sylvester, the president of Teamsters Local 804, when I visited his Long Island City union hall in March. He told the tale of one UPS driver, Domenick DeDomenico, who spent 10 days in a coma after getting hit by a car while delivering packages. A year later, after surgery and extensive physical therapy, DeDomenico was back on the job. When the tracking data indicated that he’d dipped below his pre-accident delivery rate of 13.23 packages per hour, managers threatened to fire him, DeDomenico said at a union rally.”

You need more than petitions. Raise money for your campaigns, collect RSVPs for events or ask others to host their own as part of an event campaign anywhere in the world, create online surveys and other forms, have your activists email their elected officials, upload images and files, create stunning action centers, and engage activists deeply on desktop and mobile with the Action Network.

Two recent events that I was part of, made significant use of “text blasting”. The August 16th 2014 Block the Boat Campaign; more here: https://www.popularresistance.org/how-oakland-organized-the-block-the-boat-action/ and the ShellNo campaign to block Shell’s Polar Pioneer from leaving the port of Seattle on its mission to drill for oil in the dangerous waters of the Arctic. 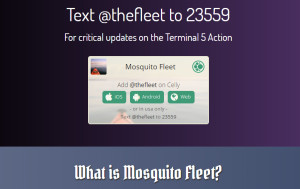 ShellNo’s website and The Mosquito Fleet website had installed on their main page, a way to receive critical, timely text messages signaling important events, their locations and times and other important information, using online mass texting tools.
Both of these websites are optimized for smart phones in what is referred to as “responsive website design“. Unions would do well to take lessons from the aforementioned groups to provide similar technology on their websites. Sadly, more than a few union websites are out of date when it comes to offering these effective tools. Twitter provides some of the same functionality, but one must have a twitter account in order for Twitter organizing to work. Texting is more pervasive.

These and more discussions on how workers can organize more effectively and incorporate new mobile tech to improve labor organizing, actions and communications globally, will be presented at LaborTech’s upcoming conference, The Gig Economy – Labor Communication, Media and the Smart Phone – Stanford University July 26, 2015. Bookmark the LaborTech site for important information, updates and schedules.

June 17, 2015
(ANTIMEDIA) This is a response to an article called Live Streamers Make Great Informants written by WeCopwatch. I’m writing this because there have been wide generalizations about live streamers and some accusations made without any examples given that all live streaming of all protests is bad. As with most binary thinking, a middle ground is usually the better path. WeCopWatch expressed many valid concerns and most of those concerns can be addressed with giving security culture training to new live streamers. There are ways to stream that keep people safe. Many activists believe that live-streaming protects them. I am coming from that perspective, with safety being my main concern.
I’ve been doing activism live-streaming for over three and a half years and I’ve been invited many times by many activists groups to live-stream their actions and events. This is because they want the truth broadcasted and many activists feel safer when they have a streamer with them. Live streamers should always be sensitive to the needs and wishes of the group they are streaming for and the stream should be about the action—not about the streamer.
Security culture should always be a major component to new streamer training. It is the job of the streamer to protect the activists and not their job to help the cops. In most cases, protests are nonviolent and laws are not being broken. It is as important to document the calm peacefulness as it is to document when police get violent. My live stream footage has been used in court to attain not guilty verdicts. Without my footage, it would be the cop’s word against the protesters words and juries tend to side with police. Most activist groups welcome live streaming and don’t ask that faces not be shown.

What is security culture?